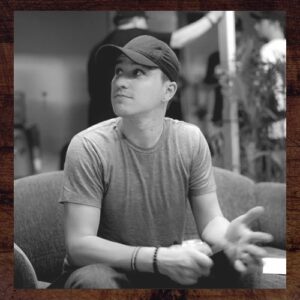 Justin's love for radio started in the 6th grade, when right from his bedroom he would broadcast his own country radio show to the neighborhood, with an array of store-bought equipment, and a low-power FM transmitter, modified by his grandfather!

His actual radio career started with an internship at just 13, when the Southern California Legend Sweet Dick Whittington offered him an internship at KNJO in Thousand Oaks, CA., where Justin learned he could not make coffee, setting the machine aflame at 5 am. Thank goodness Starbucks came around sooner than later. He finally collected a paycheck broadcasting local high school football and Los Angeles Clippers basketball games.

Once working alone in a studio during a thunderstorm, rain caused the station's transmitter to go off the air, which triggered a strobe light that the cleaning crew mistook for a burglar alarm and called the police. Justin answered the banging of the radio station door after dialing 9-1-1 (and his Dad) to make sure it was actually the cops. Justin was greeted by flashlights and gun barrels. It was the first & only time he will admit to being handcuffed.

At 16, Justin had his own request show on "KHAY" in Ventura. He also spent time in Santa Barbara at KRAZy Country and Country 106.3. Justin was also on air at Country 93-9 KZLA in Los Angeles, and assisted in its switch to the short-lived "Movin' 93-9."

Other stops include The Rick Dees Weekly Top 40 Countdown, Club Country Live with Tony & Kris, and After MidNite Weekends with Whitney Allen. He has also worked FOX Sports Radio, On Air with Ryan Seacrest, and Sixx Sense with Nikki Sixx..

Justin is currently the Executive Producer for The Big Time with Whitney Allen, heard nightly on KTPI.

He lives in the Los Angeles area with 3 bunnies, a bearded dragon, an African tortoise, a Florida soft-shell turtle, a Pac-Man frog, and his very spoiled dog, Patches. 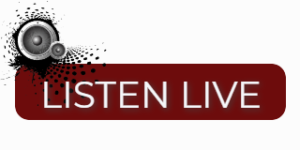